How An Accountant Can Help Your Small Business

Preparing for An Upcoming Tax Reform

Since Australia operates on a progressive tax policy (where the higher your income, the higher your tax), there tend to be many different components of tax laws that individuals need to adhere to. In addition, tax reform can significantly influence how much tax you pay after the reforms are implemented.

If you're used to benefitting from a particular tax deduction, you could find yourself paying more tax after the deduction is revised or eliminated. To make sure you're not caught off guard, consider the following preparation tips before a tax reform.

In situations where you're expecting a particular deduction that you're enjoying to be eliminated or reduced through a reform, it's a good idea to essentially "accelerate" those deductions into the current tax year.

For example, if you were originally planning on taking advantage of a state income tax break, a property tax exemption, or a tax reduction for a medical expense, make sure those are recognised within the current tax year rather than pushing them forward to subsequent years. This is because the deduction may be reformed and you could end up losing the credit that you were planning on obtaining.

Are you expecting an upcoming tax reform to affect business or personal losses? It might be a good idea to recognise losses in the current year and before the tax reforms are implemented. For example, capital gains taxes often allow property owners to offset losses that they may make in real estate.

In cases where the capital gains tax for losses is anticipated to be adjusted downwards, you may want to claim these losses within the current tax year to avoid a heavier tax bill.

Plan your timing for giving gifts and charitable contributions 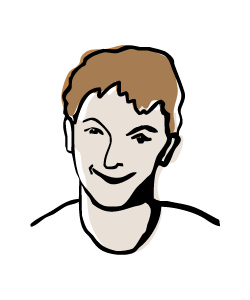 My name is Bobby and I run a small business from my garage. I build small novelty gifts and then sell them on the internet. When I first started out, I didn't think twice about keeping track of how much money I was making or how I would calculate how much tax I would have to pay at the end of the year. I tried to figure this out myself but I couldn't do it and I got very stressed. Thankfully, I found a great accountant who now keeps the books for me and calculates my tax bill. I decided to start this blog to educate others about the benefits of hiring an accountant.